The memorial to the Canadian troops who departed for the D Day beaches from the four embarkation hards at Stokes Bay can be seen on the promenade close to the Bistro cafe. 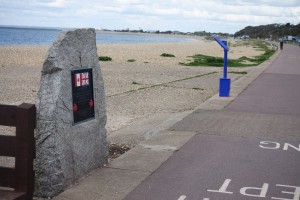