Stanley Park was part of the grounds owned by the first Lord Ashburton (Alexander Baring) who lived in Bay House. When his descendent Lt.-Col. Ronald Francis Assheton Sloane-Stanley J.P. (1867-1948), a close friend of the Prince of Wales (later to become Edward VII) offered to sell Bay House with 28 acres of land to Gosport Borough Council for £15,000, they accepted.

In 1946 the grounds, which also included the land belonging to Alverbank became known as Stanley Park which officially opened on 29 March 1947.

The small Osborne Gardens has its own Information Board which has sadly suffered at the hands of vandals. 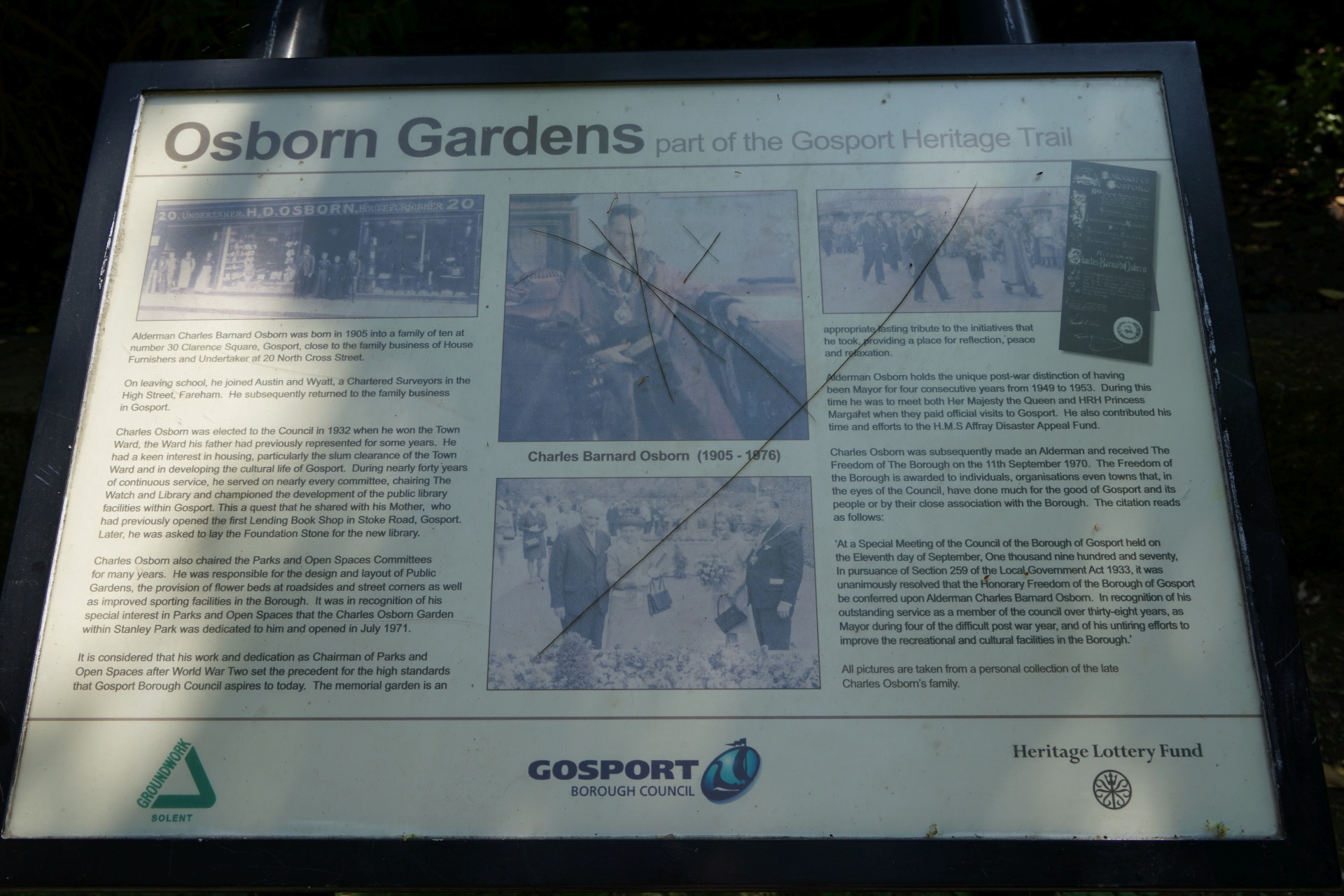 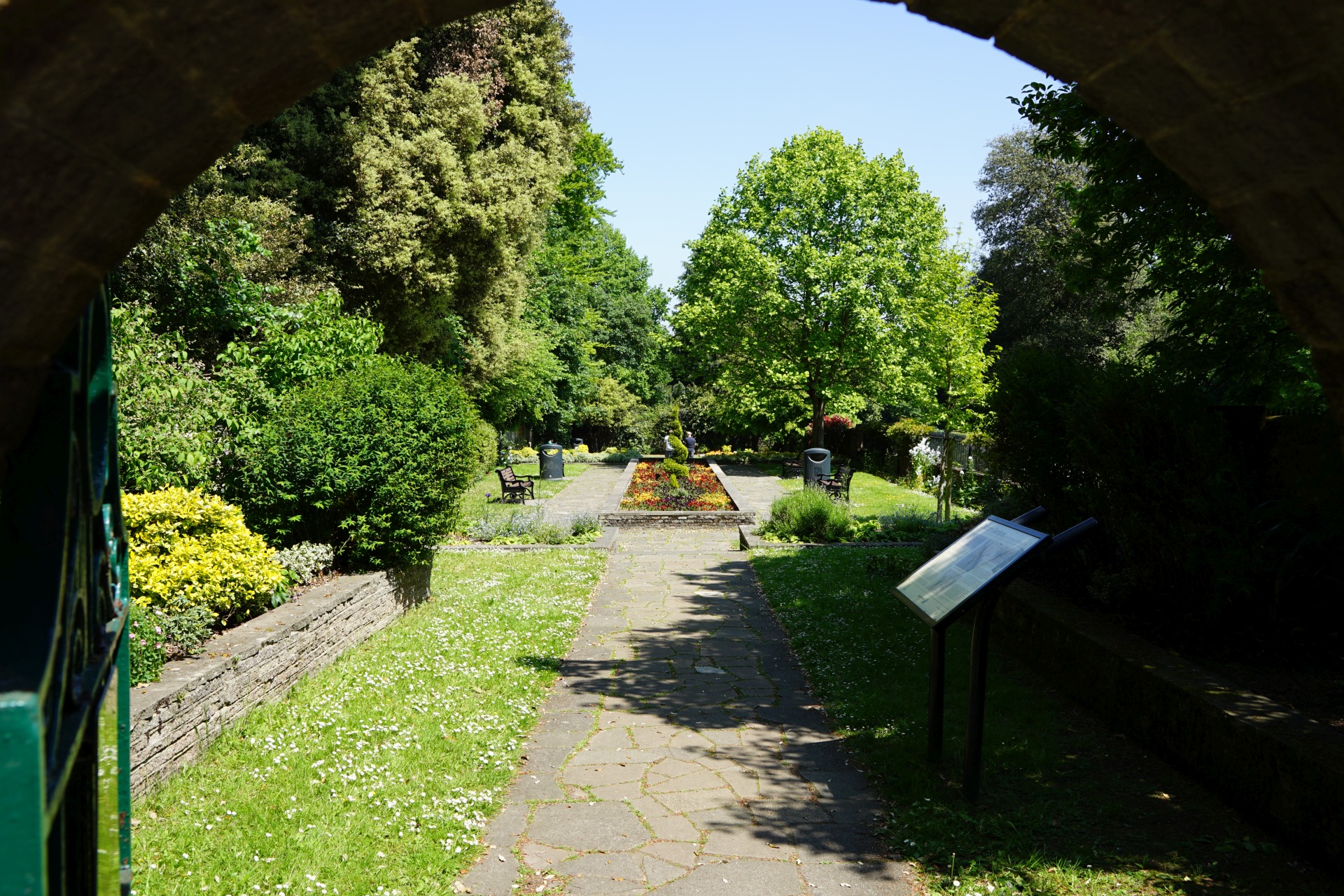